Healing through the Arts

This memorial to those who died as a result of the wars in Iraq and Afghanistan has been under the care of Red Cedar Friends (Quaker) Meeting in Lansing since 2004.  The original exhibit included a pair of boots representing each Michigan soldier, sailor, marine, and other military personnel whose life ended in these two nations.  It also incorporated shoes and name tiles representing civilian death.  Memorabilia donated by family, friends, and others also were carefully preserved.

The large exhibit traveled to fourteen sites around the state oer the course of ten years.  Red Cedar Friends chose to downsize it in 2014 to more easily transport this evocation of The Human Costs of War.

Click on the photos to read captions from the album. 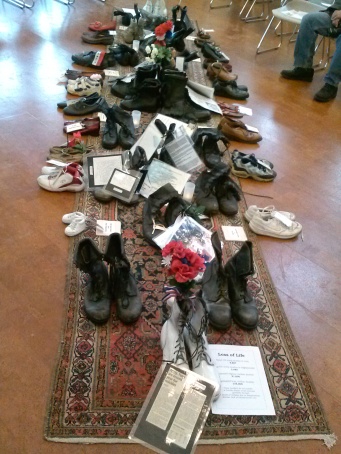 Close up of boots, shoes, and memorabilia 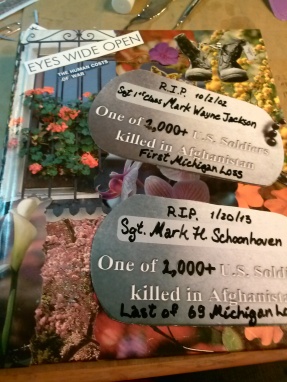 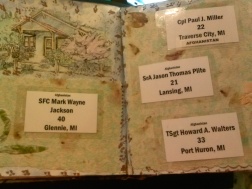 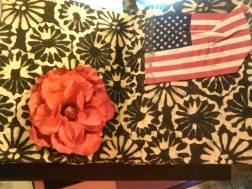 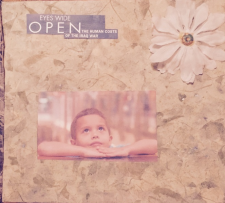 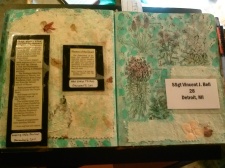 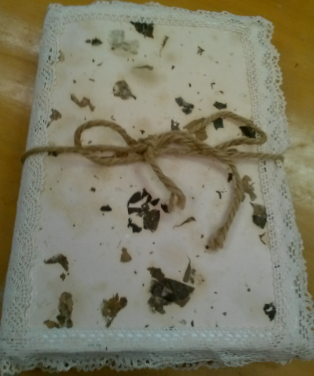 Cover of Tenderly Held, Oversize Memorabilia Book of troops who died either in Iraq of Afghanistan.

Cradled in the Cosmos, Nametags of sampling of civiian deaths

Cradled in the Cosmos Age of deaths markers 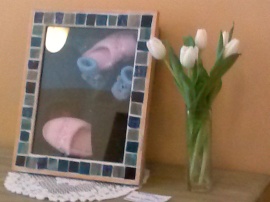 They Went to Bed One Night 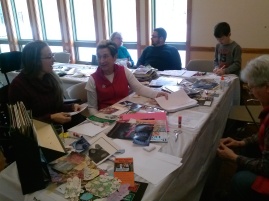 Altered Boots: Where Have All the Flowers Gone by Liz Warren

This entry was posted on July 10, 2015 by Sandra in Art as Healing, Arts in the Comunity, Mixed Media, Mosaics.